This is a testimonial archive page. You can customize this text in the Customizer.

Testimonials page can be added to Custom Menu using the Links Panel.

Even though our practice is small, Hope Billing always stays on top of our billing and we never feel lost through the cracks like some other larger billing companies we have used in the past. I highly recommend them. –E.C. Seattle, WA

I have been doing my own billing for many years, but as my practice grew it became daunting. After hiring Hope Billing, it turns out I wasn’t being compensated as much as I should have been! I now have less work and more money, which is a pretty great combination!  J.D., Michigan 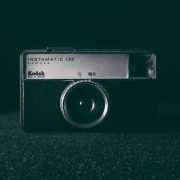 I have had other billers in the past, but it felt like I never knew what they were up to and that we were not on the same page. Getting reports frequently, I feel confident that my billing is being done quickly and I don’t have to guess anymore what my biller is up to. M.G. Seattle, WA